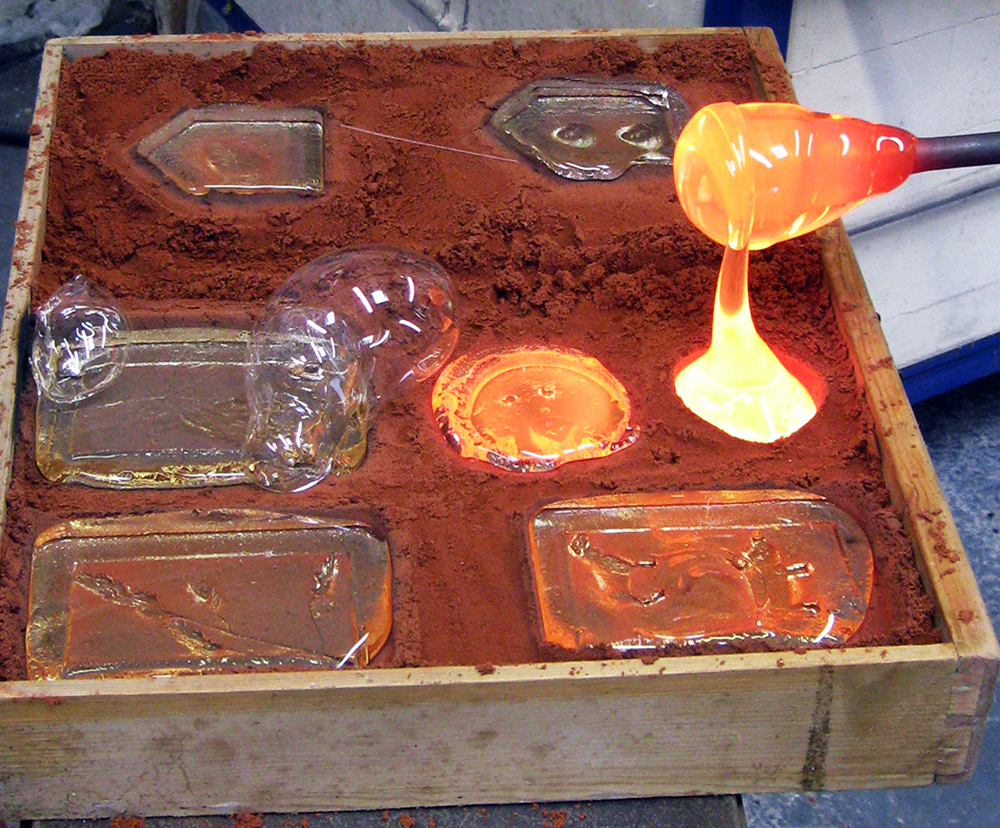 A Brief History of Glassblowing

At the Duncan McClellan Gallery and the DMG School Project, we love sharing the wonders of glass art and glass making with our local community, tourists, students, and anyone who wants to learn about this amazing art form. When you visit the gallery and spend some time in our on site Hot Glass Workshop, you are sure to learn a lot about modern glass art. For those planning to visit, or those who’ve already been to the gallery but want to learn more, we’ve put together a list of five fun and interesting facts about glassblowing throughout history.

Glass is made by applying extreme heat to certain natural materials such as sand and rocks. Lightning strikes on the sand of beaches and deserts creates glass rods called fulgurites. Volcanic eruptions also create glass, when lava flows fuse sand and rocks into obsidian. Scientists have even found glass of extraterrestrial origin, most likely carried to Earth by meteorites or comets.

2. Glassmaking may have been discovered by accident by ancient peoples

Roman author and natural philosopher Pliny the Elder suggested that ancient traders may have accidentally discovered a rudimentary techniques of glass making. In his Historia Naturalis, written around 77 AD, he relates a story of sailors stopping on a beach to prepare a meal, and using lumps of soda to support their cooking cauldrons. When the heated soda mixed with the sand of the beach, according to the story, the first manmade glass was formed. Ancient Egyptians or Mesopotamians may have also discovered how to make glass even earlier, in the process of firing clay to make pottery.

3. Glassblowing is an ancient art

The earliest known evidence of glassblowing was found by archeologist Roman Ghirshman in the Chogha Zanbil ziggurat complex in the Khuzestan province of Iran. During the excavation of the site, which dates back to the 2nd millennium BC – more than 3,000 years ago, numerous glass bottles were found. The technique by which these bottles were made isn’t known, so it’s difficult to say if they were created using techniques we now know as glassblowing.

4. The Roman Empire spread glassblowing through the ancient world

Glassblowing as it is known in the modern world was invented during the Roman Empire in the first century BC. The art was developed and spread with the support of the Roman government, with the first large glass workshops established by the Phoenicians on the eastern borders of the empire, in areas which are now Israel and Lebanon. Glass objects became more common during the Empire, as both functional devices and works of art.

5. Knowledge of glassblowing was often a closely guarded secret

Throughout history glassblowing techniques were kept hidden by governments, and glassblowers were at times essentially kept as prisoners for fear they would spread their knowledge. During the first century AD, Phoenician glassmakers were not permitted to travel. During the Middle Ages, Venetian glassblowers were sequestered to the island of Murano due to fears their foundries would cause fires in the city – but also as a way to protect their secrets. The island became a leading center for glassmaking, but the artists weren’t permitted to leave the Venetian Republic.